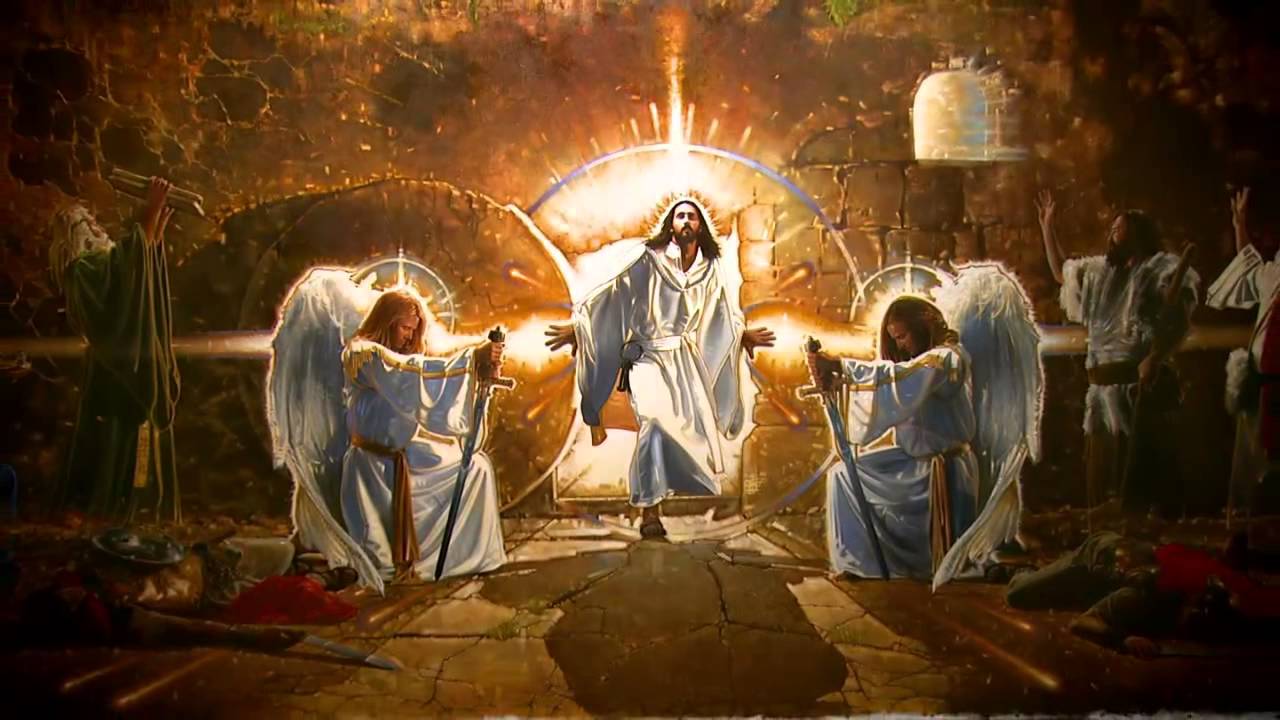 “These are written that you may believe that Jesus is the Messiah, the Son of God, and that by believing you may have life in his name” – John 20:31

I imagine that the disciples had no idea what Jesus was talking about. You can almost see them all huddled around him, listening closely, eyes intent, faces rapt in concentration… the concentration of those who are absolutely confused, but sure that something really important has just been said.

Maybe I’m being too hard on these guys. Then again, maybe not. Jesus has a few more things to say, about how he is in the Father and the Father is in him, about how keeping his commands is a way to show their love for him, about the Father’s love for them… but one of the disciples, a man named Judas – the other one, not the betrayer – is still stuck a few sentences back.

“But, Lord, why do you intend to show yourself to us and not to the world?”

Jesus doesn’t really respond to the question. He keeps going on the same track he was on. It’s as though he realizes that his disciples are confused, but he has a thought to communicate, and he doesn’t want them bogged down in trying to understand something that’s going to become very clear in just a few days. He just wants them to be confident and to be at peace.

That’s the whole point. To have confidence and peace in him. Simply, he wants his disciples to believe him, and by believing have life in his name. Which is why, after explaining a little more about what is going to happen in the very near future, he says,

“Peace I leave with you; my peace I give to you. I do not give to you as the world gives. Do not let your hearts be troubled and do not be afraid.”

Peace. Yes, that is a nice thing. You can see the smiles on their faces, the slight relaxing of the shoulders as their rabbi, their master, their friend, who has shown divine power and wisdom time and again says, “I give you peace.” But maybe there’s a slight lift of an eyebrow. Why would their hearts be troubled? Why would they be afraid?

“You heard me say, ‘I am going away and I am coming back to you.’ If you loved me, you would be glad that I am going to the Father, for the Father is greater than I.”

“But wait,” you can almost hear them say, “Jesus, we do love you. We’re just really not sure why we should be glad that you’re going away, and we aren’t even really sure what all this means. We know you said something about dying and rising again, and we kinda figured that was supposed to be symbolic of something. But, Jesus… what exactly are you saying?”

“I have told you now before it happens, so that when it does happen you will believe.”

I’m sure the disciples still didn’t get it at that point. But I wonder how many times they thought back to this conversation after Jesus rose. After all the fear and trouble that would have gone through their hearts at seeing him die, in their joy at seeing him alive again, how many times did they think, “Ah, that’s what he meant! I see now! And I believe.”

That’s the effect of the resurrection. When we come to grips with the fact that the crucified and dead Jesus suddenly appeared alive – and not just alive, but whole and hale – we cannot honestly deny anything he has to say. We can only stand in awe and wonder. And peace.

Now, you can try and deny the resurrection. It’s a tall order; the evidence is stacked against you. Historically speaking, nothing that happened in the first century A.D., and for centuries since, makes any sense apart from the physical resurrection of Jesus. A fellow by the name of Adam Ford has a great webcomic that illustrates just this point. Go check it out. It’s good stuff.

“Because I live, you also will live.”

Well, I’m no expert on this. I’m just another hungry beggar begging for bread, finding a feast in the most unlikely of places – a cross, a tomb, a book. My inclination is to eat to my fill at these places, but then go away satisfied and forget to go back until I’m starving all over again. Maybe you find yourself in the same place.

END_OF_DOCUMENT_TOKEN_TO_BE_REPLACED

Today is Easter Sunday, but for many people in the world – and even our country – it is just another Sunday. Maybe they are getting together with family, maybe they are exchanging baskets of gifts or watching the kids go hunting for eggs. But in the grand scheme of their year it isn’t all that big of a deal.

But for Christians it is another story altogether. We gathered in droves this morning to celebrate our Risen Savior! We put on our best Sunday clothes, we smiled and hugged one another and wished everyone we could a “Happy Easter” because we are filled with joy today. We rose early for sunrise services and joined in fellowship over Easter breakfast, we sang hymns with full hearts and full voices. Our musicians gave their best to add to our worship, to give our best to Jesus, who died for us, and rose from the dead.

It is quite a lot of effort… for just another Sunday. Because, after all, that’s all it is.